What is happening to Fan Ziming? 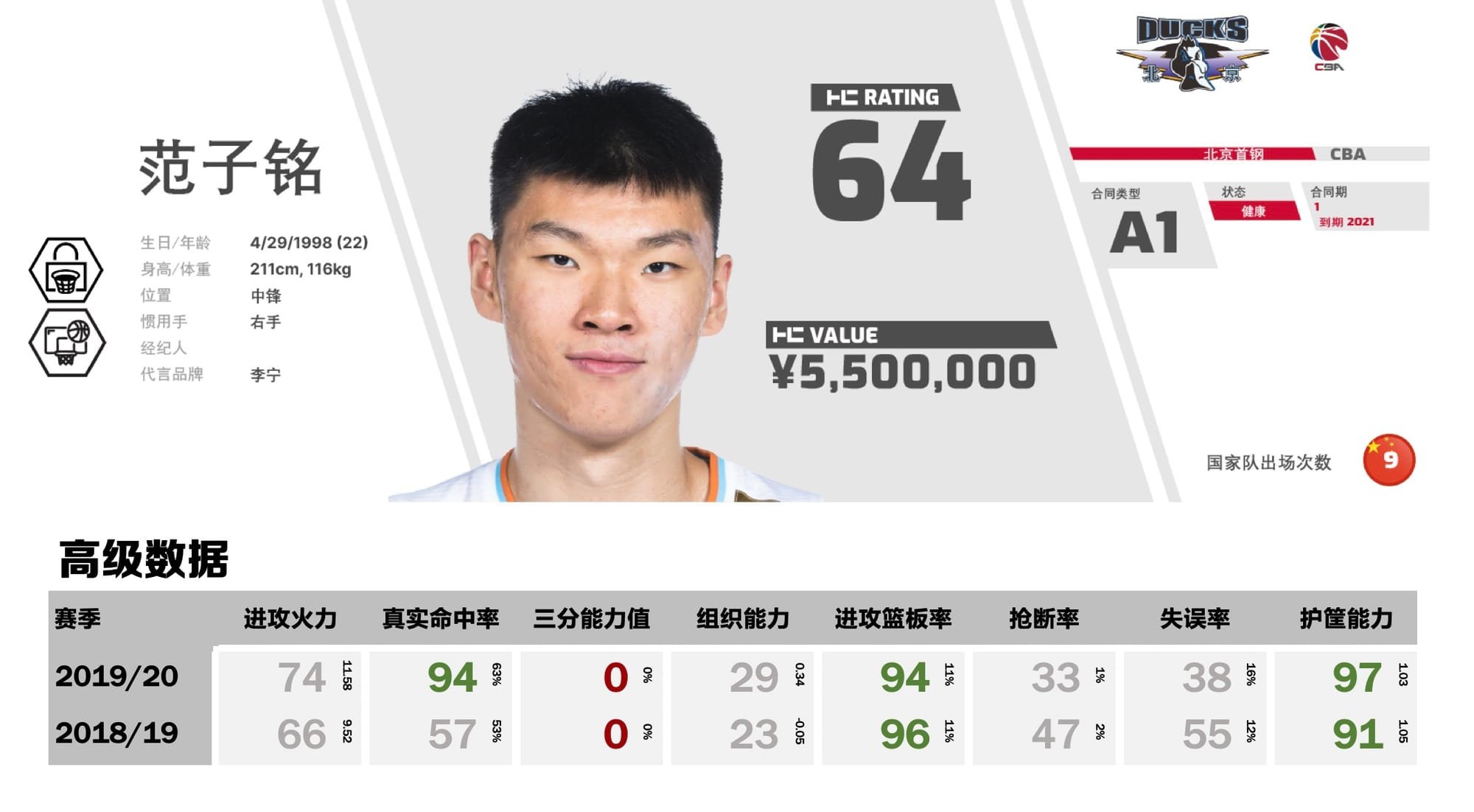 There has been a lot of criticism on Fan Ziming as of late. Probably mainly for the high expectations coming with the 30 million RMB transfer fee price tag. But should expectations have been high in the first place? Beijing should know what caliber players they are going in Fan Ziming and fans should give a young big man some time to adjust to his new team and pressure.

We all know that so far Fan Ziming has been horrific. He’s been very inefficient and unable to make shots or finish at the time and is at a career low shooting only 41.9% from the field, drastically lower than 59.8% last season with Xinjiang. Defensively Fan has been the same as in the past as he shows good effort and actually is producing the same Rim Protection numbers as last season with opponents shooting 45% against him at the rim.

Let’s get into a few more details on differences in performance between this season and last with Xinjiang. We obviously must note that playing alongside Zhou Qi got Fan Ziming a lot of open dump off baskets at the rim and made it easier for him to grab offensive rebounds as Zhou Qi got all the defensive attention. It also needs to be mentioned that playing alongside Zhou Qi always resulted in the weaker big man from the opposing team guarding him. His offensive rebounding percentage has dropped from 11.3% to currently only 8.7%. This is unlikely related to Zhou Qi as even when he was with Guangzhou in 2017 his offensive rebounding percentage was above 11%. We do expect this percentage to go up as he has had some tough match ups and excellent rebounders he went up against for example playing Guangsha twice already in 10 games with Hu Jinqiu dominating him on the boards. We must take into consideration that Beijing has had a relatively tough schedule to start the season which is related to Fan Zimings poor performances as well. 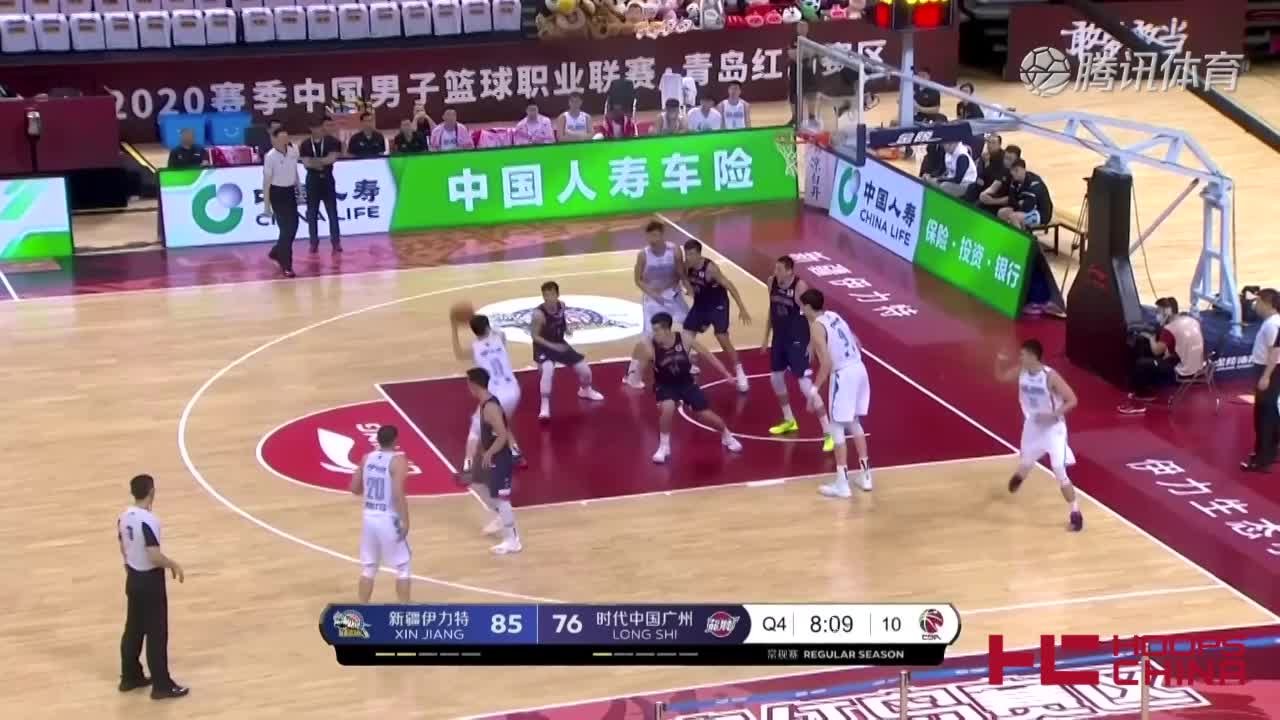 Although on very small sample size, Fan Ziming is shooting the Midrange jump shot very poorly as he is currently 0-8. Even though he shot a respectable 45% from midrange last season it is something he should probably remove from his game (Link to Mid-Range Article). He has a slow shooting set up which leads to a slow release, making it easy to get his shot contested. He hasn’t been able to fix his shooting problems nor shown adequate 3-point range. A player like Fan who does not posses elite athleticism and length would really boost his production if he was able to stretch the floor and shoot the 3-point shoot, but it doesn’t seem like it’s something he can add to his game anymore although it was something he tried when he was with Guangzhou.

Finishing at the rim has gotten tougher as Beijing’s offense is not nearly as good as Xinjiang and as they play a much slower style not creating open looks early in the shot clock. Fan Ziming transition scoring has gone down drastically because of this from 14.1% of the time to only 7.8% so far this season. Last season Fan Ziming had an incredible 1.70 PPP finishing at the rim, mainly open dump offs at the rim. This year that number has decreased to 1.33 which is still a respectable number overall for any offense, but he is not getting open nearly as often. 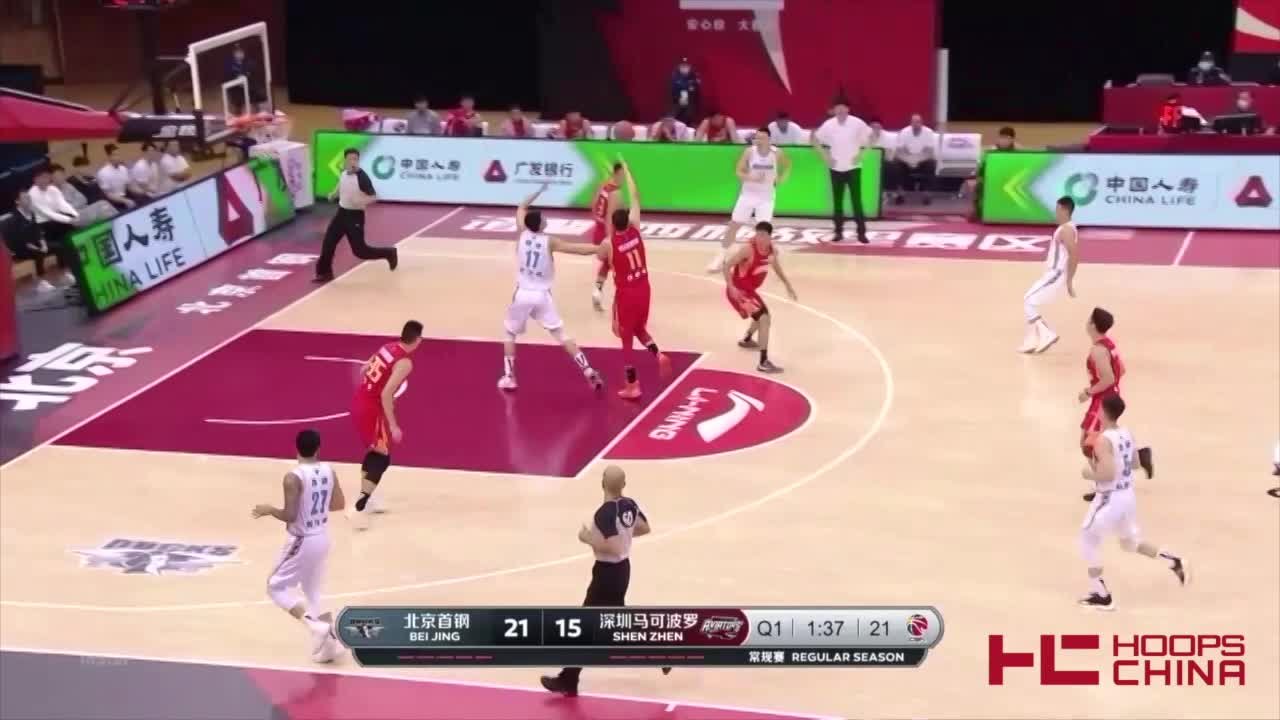 With Beijing from a playing style point of view it is a positive thing that they look to score in the pick and roll and give Fan the ball rolling to the rim, where in Xinjiang they did a lot less even though it was the most efficient scoring type for Fan Ziming. But Beijing is not getting him open dunks or layups at the rim like Xinjiang was, with a big part being Zhou Qi getting a lot of defensive attention, but also the team offense being much more efficient overall.

In conclusion Fan Zimings horrific start to the season is because of a combination of poor team offense by Beijing, poor rebounding and finishing by Fan Ziming himself, and a tough schedule resulting in tough matchups for Fan Ziming. We will see Fan put up bigger numbers against weaker teams and weaker opponents in the near future. But overall we must know Fan Ziming is just a good role player in the CBA, and there shouldn’t ever have been too high expectations set for him as we don’t expect him to develop his game much further.