Rim Protection in the CBA 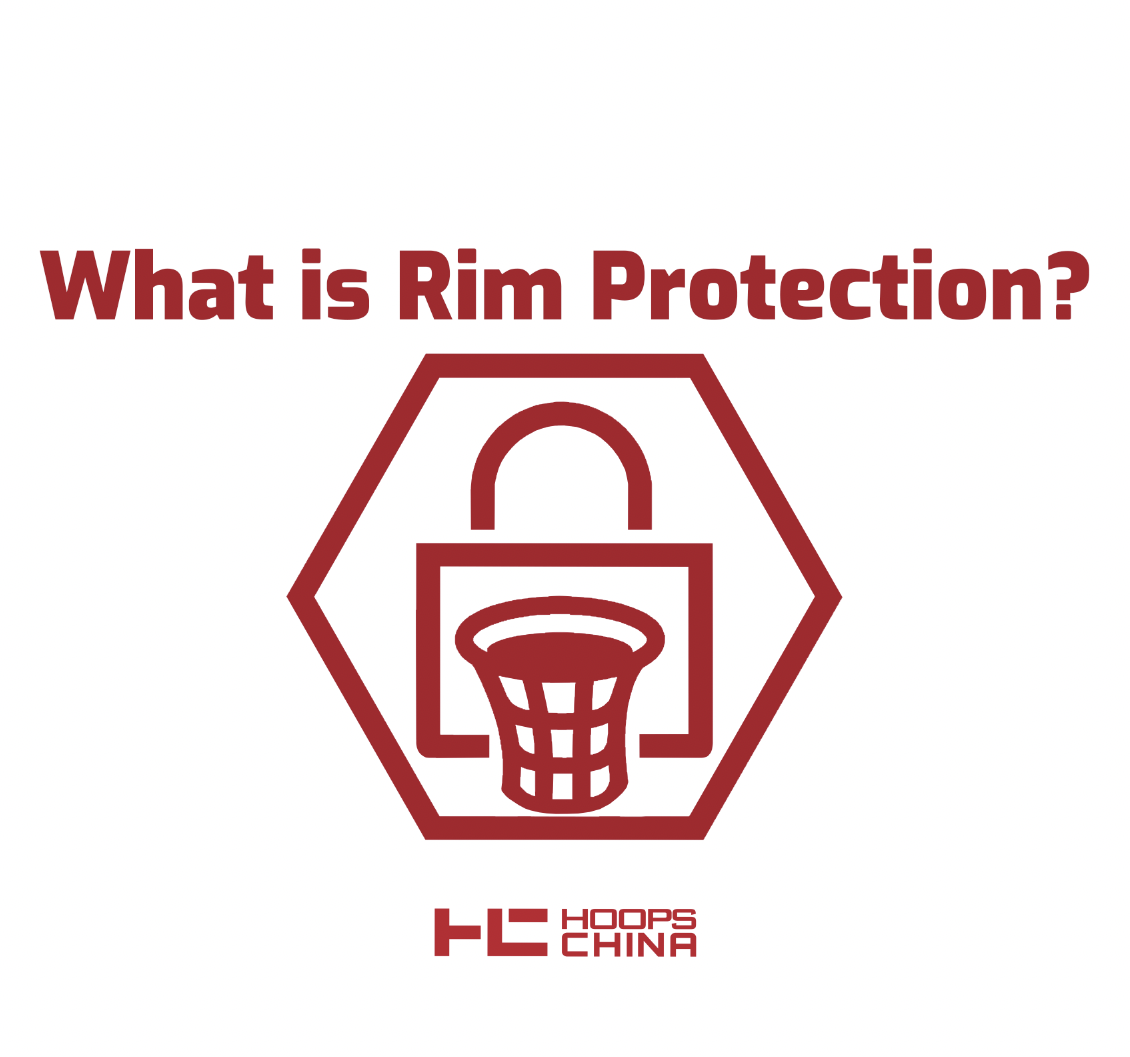 During the 2019/2020 CBA Season teams scored a combined total of 95,062 points.  Of these 95,062 points teams scored 43,898 points at the rim.  That is 46.18% of all points scored.  In this article, we aim to emphasize 1) the importance of protecting the basket 2) the reason why it is one of the most important factors to winning games, and 3) identify which players excel and which players perform poorly in protecting the rim.

Possessions in basketball end with either a made shot, a missed shot, a shooting foul, or a turnover.  Shots taken at the rim have the highest FG% out of all shots in basketball.  This holds true for every league in the world.  During the 2019/2020 CBA season arguably the three best teams in the CBA also happen to rank the highest in FG% at the rim, Guangdong (63.3%), Xinjiang (61.6%), and Liaoning (61.5%). The teams that score the most efficient FG% at the rim also happen to win the most games. It is actually the most highly correlated metric associated to winning in the CBA that we have measured so far.

Since FG% at the rim is so clearly associated with winning, it follows that defending the rim is as closely related. Coaching and team defensive tactics can have a slight positive impact on rim protection, but without the individual player talent that cannot be achieved. The “Block” statistic we are all familiar with in the traditional box score is one way of preventing the opponents from scoring. However blocked shots occur very infrequently relative to the amount of shots taken in a basketball game.  We mentioned earlier how every possession in basketball ends with either a made shot, a missed shot, or a turnover.  How can a defensive player lower an opponent's FG% at the rim without blocking the shot? And how can this be measured? Enter Rim protection.  Forcing an opponent to miss a shot by superior defensive effort and talent has the same result as blocking the shot.  The offensive possession ends with a missed shot.  In many cases, this can be more valuable than a blocked shot, as shots are frequently blocked out of bounds, and as a result the offensive team maintains possession. Forcing an opponent to pass up shots at the rim and opt for lower percentage shots further away from the basket (such as mid-range jumpers) also lowers the chance of the possession ending with a made shot.  The last thing to consider is fouling, as fouling someone at the rim results in 2 free throws for the opposition, and with the average CBA free-throw percentage at 75.4% that’s worth 1.51 points. 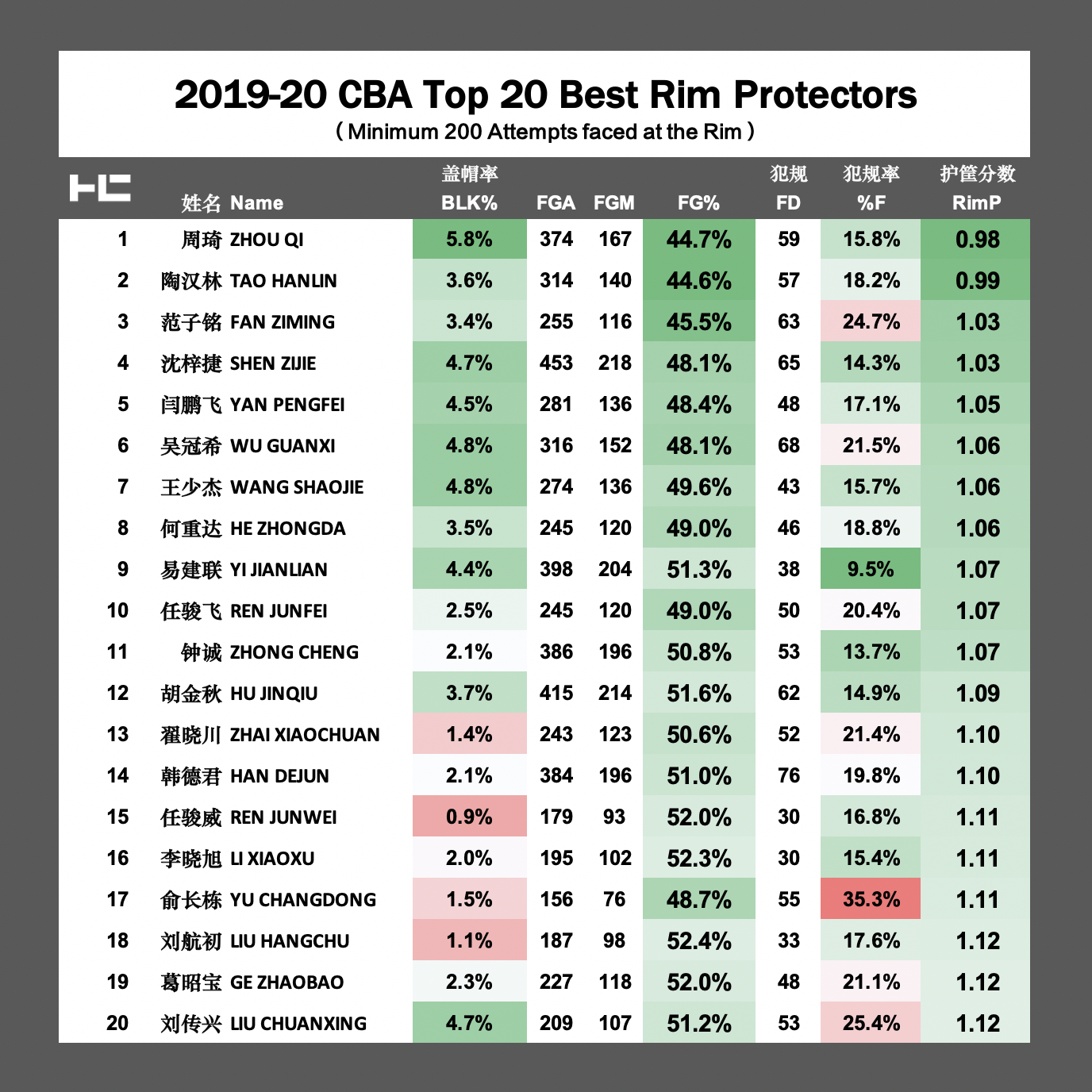 Looking at The data we can make a few conclusions.  Players that block a lot of shots tend to force more misses even on unblocked shots. But this trend has exceptions.  For example, ZhaiXiaochuan and Ren Junfei both excel in rim protection, despite blocking relatively few shots (block percentage below 2.0%). Their impact on defense and forcing opponent misses goes beyond recorded blocks on a box score. Both players share similar habits of good positioning and defensive fundamentals, frequently affecting opponents shots enough to force misses at the rim. 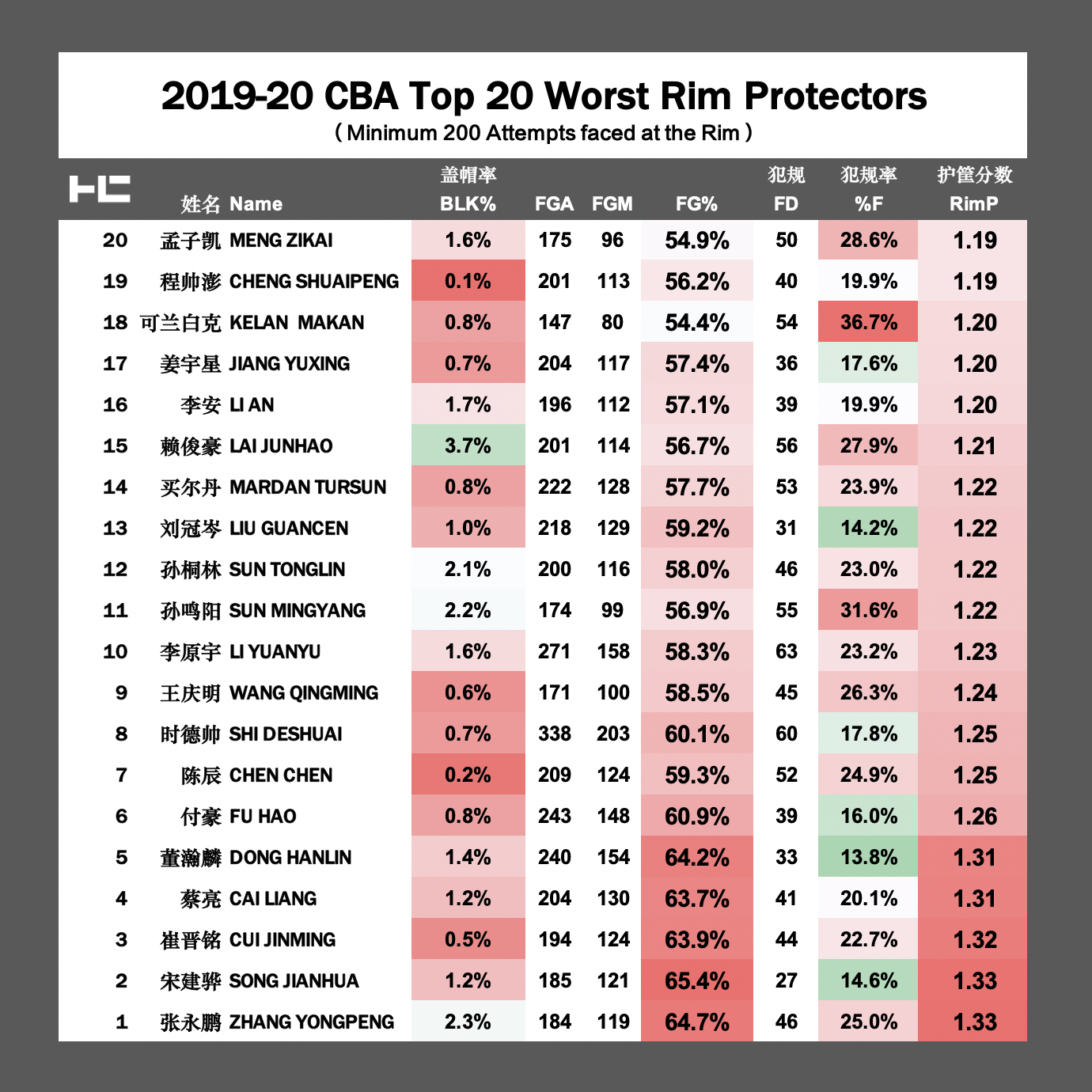 Generally players possessing longer wingspans and greater heights perform better protecting the rim. Unsurprisingly, Zhou Qi stands out in this regard.  However not every player possessing height and length excels in rim protection. Despite his height, Zhang Yongpeng ranks lowest in the CBA in Rim Protection, as he is easier to score on than many much shorter guards. You will not see a lot of guards in this list because they rarely protect the rim and don’t find themselves at the rim contesting a shot over 200 times during last season.

We would need to further our study and gather more data to see if opposing players are scared of certain players and choosing to not challenge them at the rim. We could also consider the offensive players who are finishing at the rim to make even more accurate conclusions. Another thing to consider looking at is if the shots contested end up as offensive rebounds or if the defensive team can gain the possession.