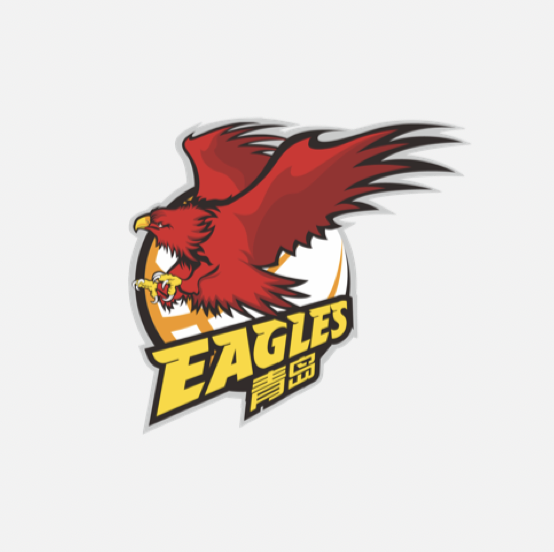 An average team that was able to win a lot of games because of performances from Darius Adams and Dakari Johnson. The two of them have formed one of the best import combinations in the CBA. It must also be mentioned that they had a core of respectable locals who filled their roles well. 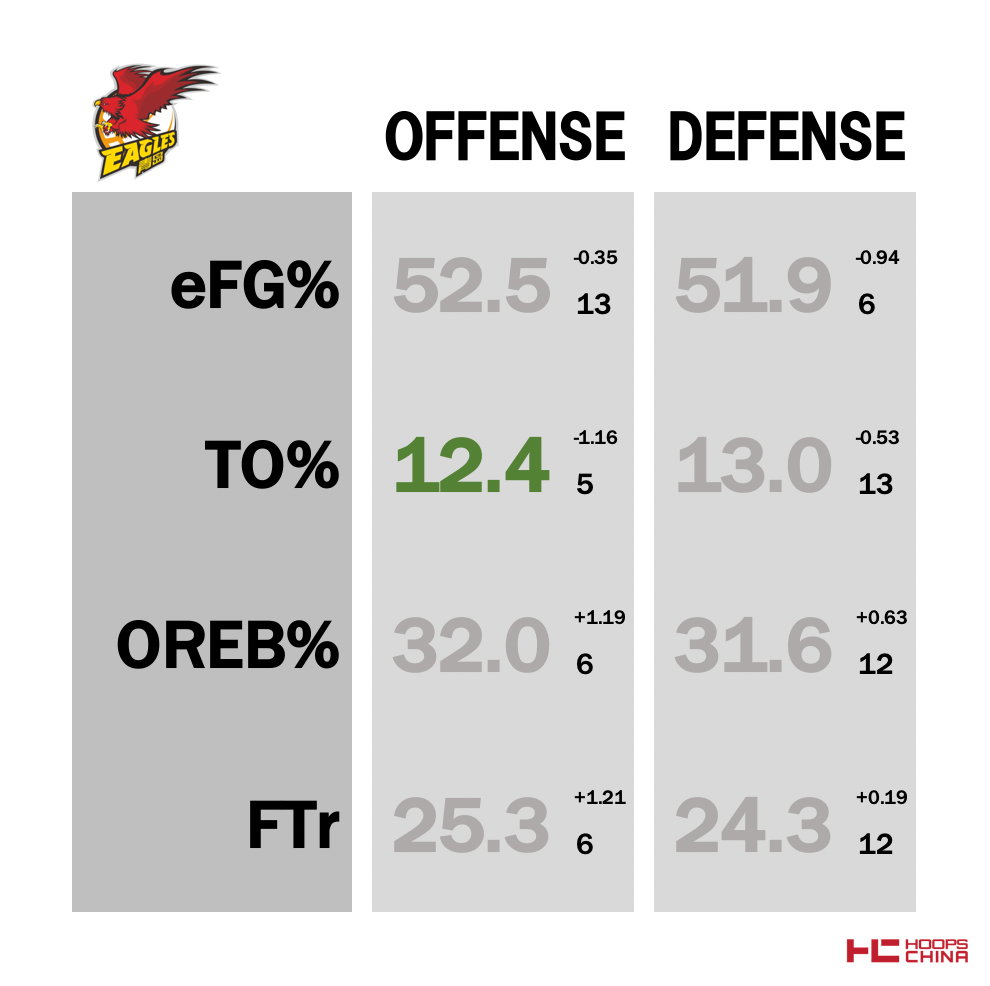 An average team that was able to win a lot of games because of performances from Darius Adams and Dakari Johnson. The two of them have formed one of the best import combinations in the CBA. The offense was simply run mainly through Darius Adams attacking the basket or taking jump shots, although not always consistently efficient, overall it led to a league average offense with very little turnovers but below average shooting percentages. Dakari Johnson in the other hand was responsible for the rebounding and rim protection, as he was the best rebounder in the league. The team struggled after the coronavirus break losing their two imports and leaving a much less efficient Zhang Chengyu as the main offensive player as he was the best player on the team in being able to create his own shot.

Overall team rim protection and help defense was good, allowing less shots at the rim and forcing more outside shots overall, although opponents did shoot a high 3 point percentage against them. Offensively Qingdao was a team that attacked the rim mainly because of Darius Adams ability to use his quickness to beat defenders off the dribble. 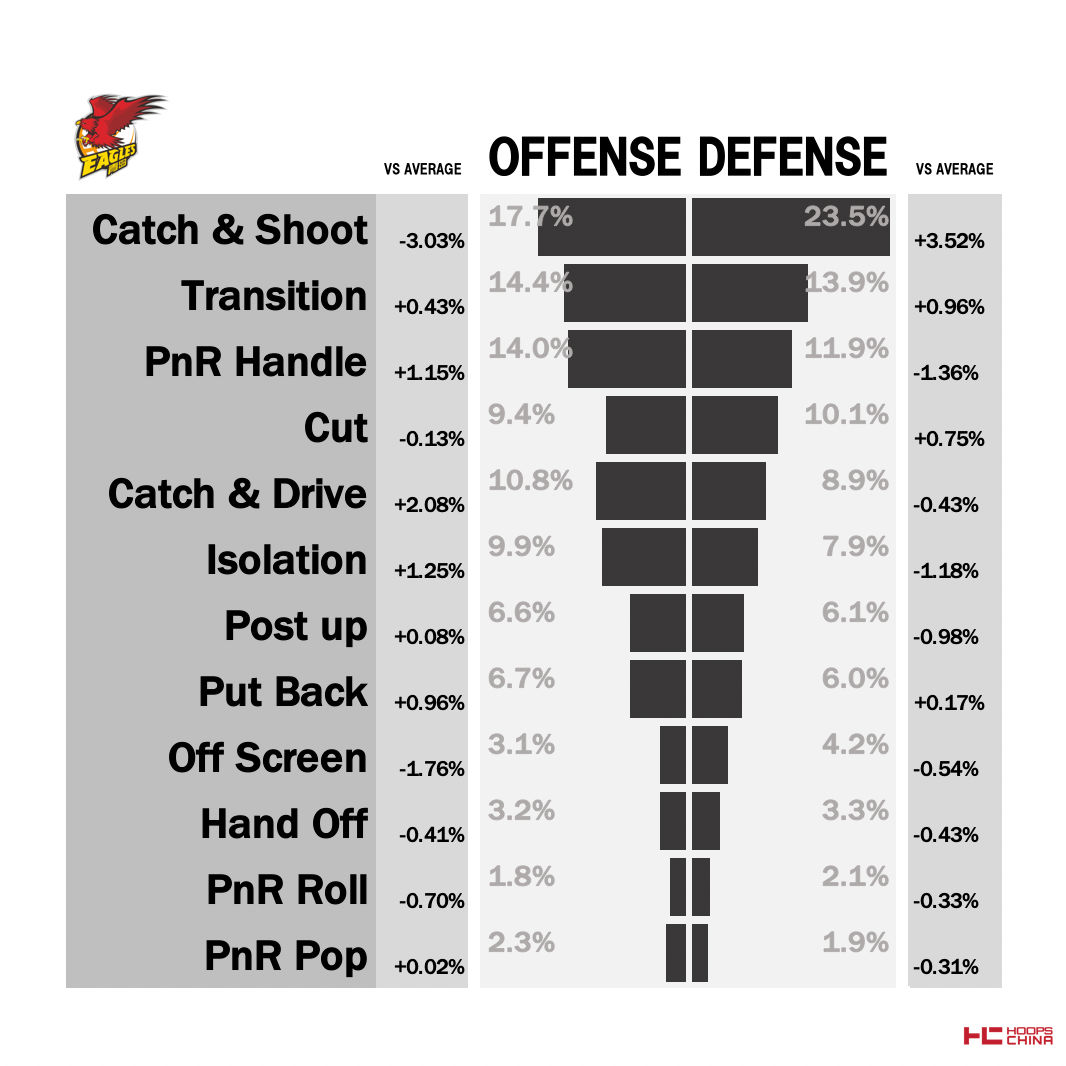 Qingdao was a team that ran a lot of their offense in isolation, pick and roll and catch and drives, all once again related to giving Darius Adams freedoms to perform offensively. Defensively like most teams with slow bigs that clog the paint, they gave up a lot of catch and shoot opportunities, which aligns with the high opponent 3 point percentage, which is the trade off for having slow bigs on the floor. Overall we see a very simple yet effective style of play with a team that gives their best players the green light to play to their strength while their locals acted as role players and simply shot the ball or finished. One cannot argue that Qingdao has kept it simple and therefore achieved good results because the CBA is a unique league were the best players in the league are far superior than the average player level.

A team that did not make many changes and kept both imports should have a similar season. The team lost Jiao Hailong who went back to Shandong as he was on loan. Another thing to note is the import rule change and only one player being allowed to be in the floor at a time, which will have some negative effect on Qingdao as they heavily relied on their import performances. We should also note that this is a team that has consistently shown good efforts from the locals with good team culture and young players stepping up in their roles when needed. Overall we see a team with no specific outstanding local players, but a group off players that collectively have accepted their roles and found success which we predict will keep up. They should once again finish with a positive record and easily make the playoffs.